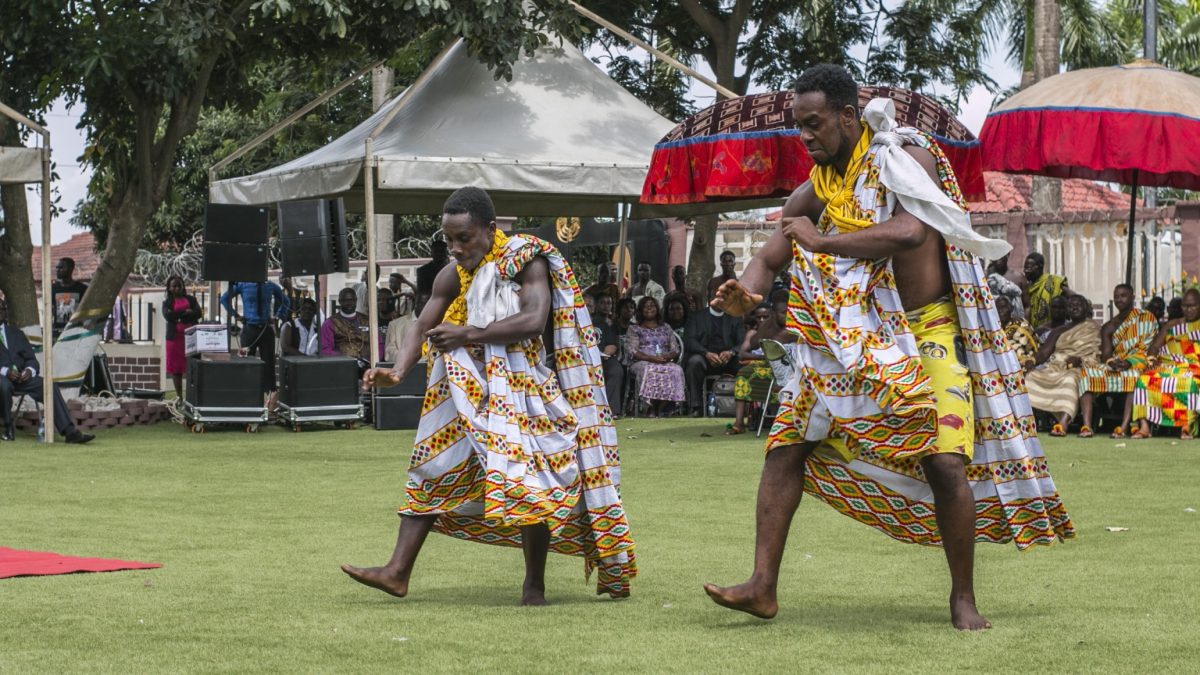 It was not by accident or by the malice that Bantamahene knelt; It was due to historical norm. Nothing personal.

After all, Bantama Amankwatia is the commander in chief of the almighty Asante army and second in command administratively when it comes to Kumasi.

Thus Otumfuo took the opportunity to narrate and remind Asanteman, -as custom in this particular instant dictated- how Amankwatia came to be…..just as every durbar is an occasion for Asante to be reminded of Bantamahene i.e
At every Durbar, Bantamahene is stripped of all his regalia, arms and swords before he is allowed to greet Otumfuo- a reenactment of history; a mnemonic piece.

When someone saves your life, you owe him your life through absolute obedience…to the point of even giving your life to fulfil the debt. As a result, when this person transgresses one’s edicts, it hurts more than anyone else’s.

As Otumfuo narrated, Amankwatia was his akwa and he saved his life, twice. He was given to the future King by Akwamuhene Ansa Sasraku to serve him. But Amankwatia was earmarked for sacrifice vis Osei TuTu’s uncle, Obiri Yeboah’s funeral.

When they got to Kwaman, specifically, Sisa river, he was smeared with ntwima (red mud) ready to be sacrificed. That was when Dominase and Antoahene interceded and Sei Tu spared his life again. And that was an act of providence.

For Amankwatia would be elevated from nothing to everything afterwards and would go on to lead Asante army…and the rest, as they say, is history.

So in essence, Amankwatia owes his very existence to no one, but Otumfuo himself.

And as such, when he transgresses, his form or act of repentance is unlike any other chief. Literally, symbolically, historically, he has to beg for his life, for his head.

By the way, back in the day, those earmarked for sacrifice had their ntwima mixed with either the blood of a sheep or blood drawn from sacrificial beheading.

It was just another day at Manhyia.

Folks are so ignorant of Santesem and Manhyia that if not for social media, 99% of Asantefuo themselves would have never gotten a glimpse of even Manhyia Gate much more the happenings in there.
(Even today, many Santefuo are scared, very scared to go to Manhyia.)

It is never a child’s play at Manhyia. And it has never been since 1701.

Asante has survived for 300 years for a reason.

Now things are getting out of hand in Asante. So many chiefs are selling waterways land and plots, or building stores and what not on riverways like in Bantamahene’s case- building stores on the riverway near the source of the sacred Subin river in the very middle of Kumasi. In modern terms, that is an environmental crime.

Now, how would Otumfuo protect his legacy? He has to crack the whip to set an example for all to desist.

If not for the video, how would the world have known that Otumfuo is doing something about the buildings on waterways which would eventually have turned Kumasi into Accra- floods prone? These same detractors would turn around and hypocritically cry that Santehene is not doing anything.

Now all chiefs are warned. And the video is proof. Not hearsay.

And on top of it all, Otumfuo used the biggest fish in his sea to set the example.

Again, all potential buyers of waterway plots are warned. If you buy and build, it shall be torn down, eventually. 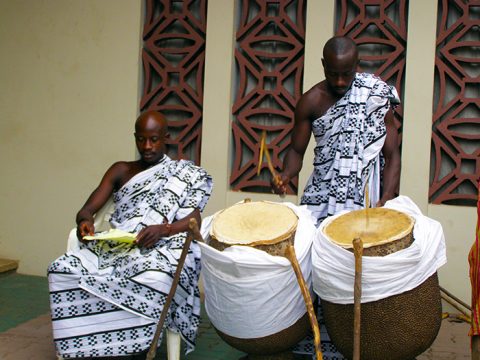 What do you know about Atumpan Drums 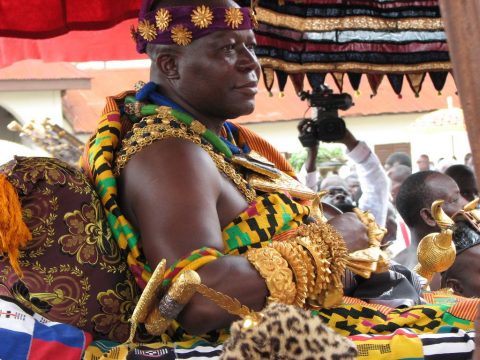 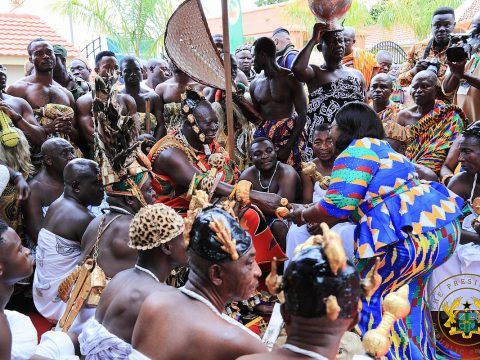